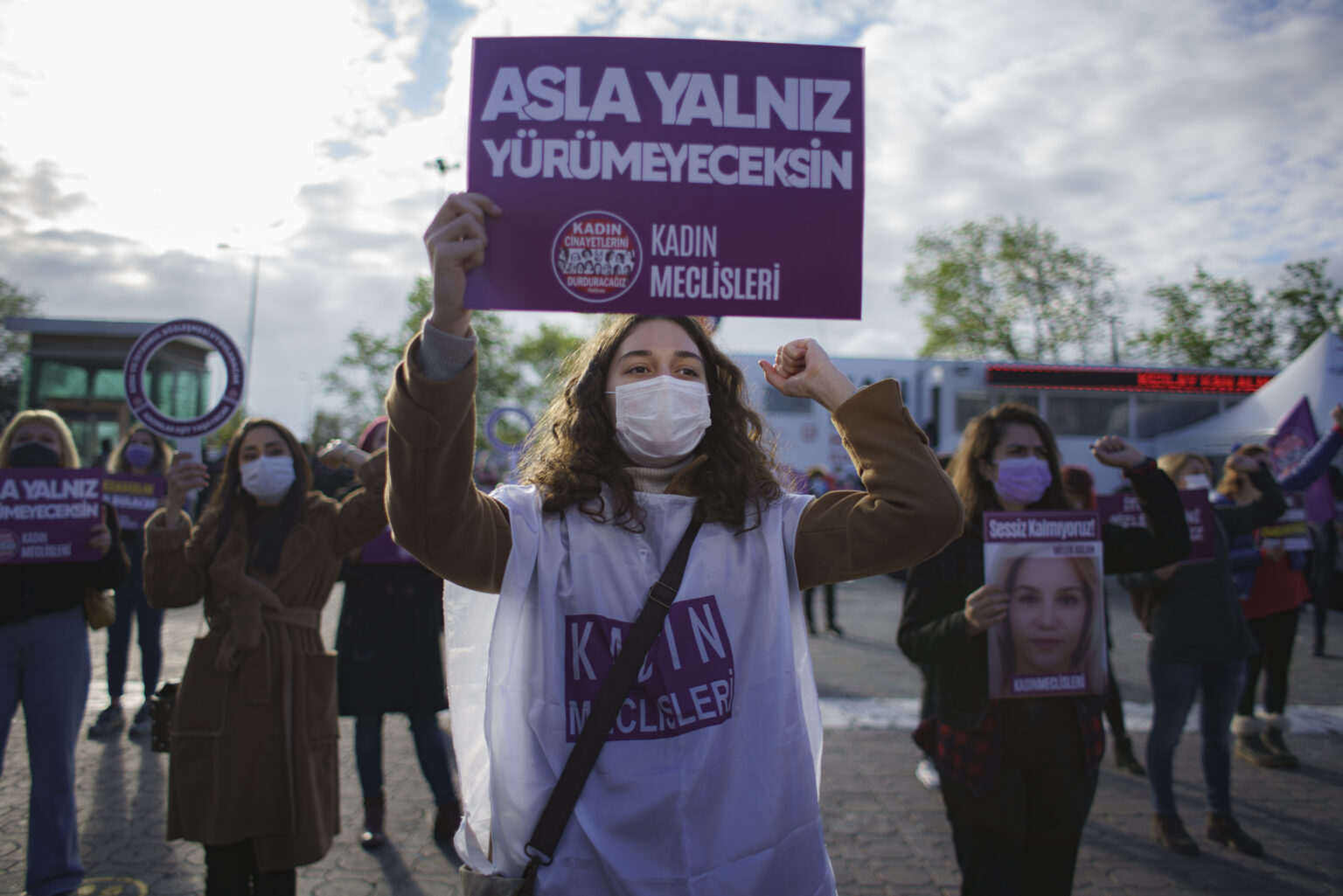 Bibti’s main aimof connecting womento other women brought this phrase to mind:You’ll never walk alone. This sentence is a common slogan in Turkey -my country of origin- for woman’s rights. Did you know that this sentence has a long and a bit interesting story?

You’ll never walk aloneis the name of a song from the Rodgers and Hammerstein musical“Carousel”. After that, Gerry and the Pacemakers wrote a hit song by the same title. This same song was covered by a lot of stars such as:Elvis Presley, Ray Charles, and Frank Sinatra. In 1963, the song was played in the Ainfield Stadium in the United Kingdom,for the first time. This was a historical moment because after that,this song became an anthem for the Liverpool Football Team. Liverpool fans have sung this song for the team for decades. But the destination of the phrase “You’ll never walk alone” is Turkey. However, it is not played from any stadium or stage. It rises from the streets and women’s mouths.

During these days, it might be extremely dangerousfor a womantowalk through a dark street,takingpublic transport alone or just meeting your boyfriend. Unfortunately, in Turkey, femicides are not just caused by domestic violence. As a result, activism for women’s rights is getting stronger day by day and ‘sisterhood’ is becoming more important. Many people feel that the AKP supports regressive policies regarding women’s rights.As a result of cultural changes, female representation in TV series, and politician’s reactions to (For example this statement of Recep Tayyip Erdoğan:“It is against to nature equality women and man”), makes it difficult to be optimistic about continued progress for women’s rights.Therefore, being a woman in Turkey is becoming harder than it has been in recent years.

According to Turkish news archives, “You’ll never walk alone” was heard for the first time on 8 March 2014 in Turkey. Zooming out, we can see that the number of femicides increased from 66 in 2002 to nearly three hundred in 2014.Activism for women’s rights strengthens with as the death toll rises.

Day by day, Turkish women lose their trust in law, police, rules, and the government .Women defend their rights as they are, as women, as passengers, as locals, as humans. During this advocacy, they noticed once again that the most reliable place to be was arm in arm with each other. Thus, “You’ll never walk alone” has become a main slogan for women’s rights activists. It has risen during protests remembering murdered women and on every International Woman’s Day.

That sentence was born on the stage, wandered around stadiums, and finally met with women in Turkey. The destination might be the most meaningful point for it. Also this support network created in Turkey, thanks to the power of this sentence, might spread. bibti’s vision is the clearest result of this potential. Women supporting women and building a sense of sisterhood can help reset cultural norms enforced by a culture of violence.

And, no one never will ever walk alone anymore.